In programming contests, the task of placing 8 Queens on a chessboard is often encountered: you need to write an algorithm in which 8 Queens are placed on a chessboard (size 8×8) in such a way that they do not beat each other. The simplest solution to this problem is the implementation of a complete search for all possible options for 8 nested loops with appropriate checks for intersection diagonally and vertically. But this option is not suitable for a task in which the number of queens is N, and the size of the board is N×N.

This topic describes the step-by-step process of developing an application that implements the classical task of placing N queens on a N×N board so that they do not beat each other. The paper proposes an iterative algorithm that solves this problem for any N. The algorithm of this example can be used in our own developments to solve problems of a combinatorial nature, in which you need to implement a complete search for all possible options to find all possible solutions.

An integer N (N>0) is specified, which determines the number of queens on the board of size N*N. Develop a program that finds all possible placement options for N queens so that they do not “beat” each other. In the program you need to ensure the visualization of each received option.

The task is implemented as an application of type Windows Forms Application in the C# programming language.

For an application like Windows Forms, Microsoft Visual Studio provides the appropriate controls for easy visualization of the received placement options.

A control of the DataGridView type is well suited for visualizing whiteboard N×N size. In this control, you can display data from both the database and directly in the form of a two-dimensional table.

The list of obtained variants in the form of coordinates (x1, y1), (x2, y2), …, (xN, yN) can be saved in the ListBox control, which is a dynamic list of arbitrary size.

When you select an option in the ListBox, the placement in the DataGridView will automatically be displayed.

1. Features of the implementation of the task solving algorithm

1.1. Using an additional array to describe the placement of queens on the board

In the task, it is important to organize the data structures in such a way as to ensure the convenience of obtaining all possible variants of placing queens on the board.

To ensure complete enumeration of options, an additional one-dimensional array M of dimensionality N+1 is used in the work. The array element with index 0 (M [0]) is not used to provide convenience when operating with array indices.

In the array M, the coordinates of the placed queens are formed according to the following principle: 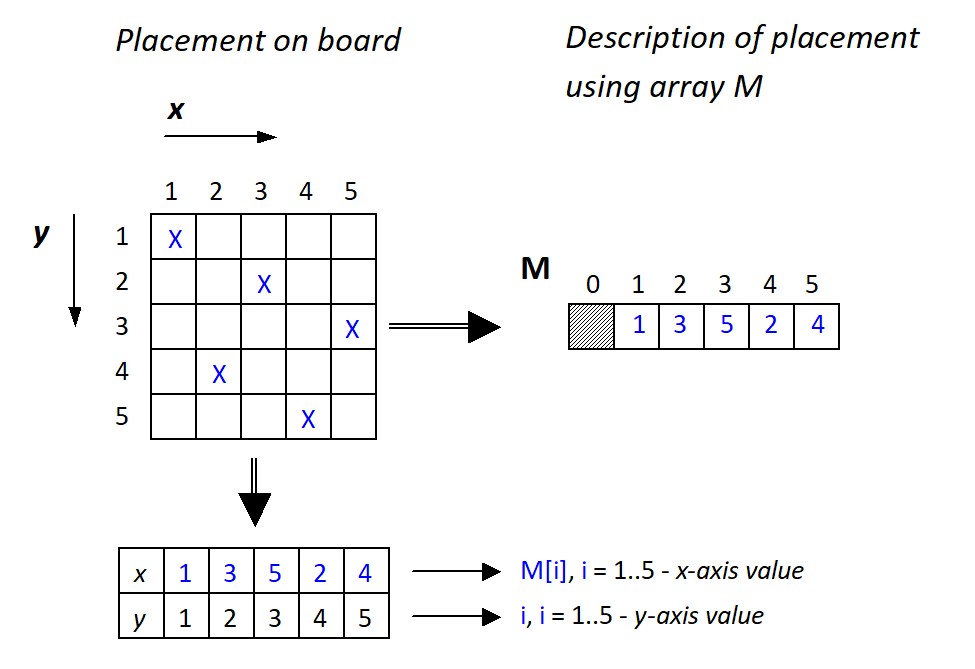 Figure 1. Interpretation of the values of the elements of the array M for a board of 5×5

The array M replaces the exhaustive search, which can be formed using N nested loops.

The whole work of the algorithm is based on the formation of some placement of queens using the array M. The queen number that is placed is stored in some pointer variable, for example, with the name p. Depending on the situation, the pointer p moves to the right (p++) or left (p—) as shown in Figure 2 for 5 queens. So, the pointer p determines the number of the queen, which is located and the coordinate y. The value M [p] determines the x coordinate of the placed queen with the number p.

When the pointer value changes, the condition p = N is constantly checked, which means that the last queen is placed. If p = N and there are no overlaps between queens in the current placement, then this placement is fixed. In our case, the placement is fixed in the ListBox list as a special format string. If p<N, then the following changes of the pointer p (the number of the placed queen) or M[p] are determined depending on whether there is an overlay for the current number of queens and their placement.

The condition for the end of the iterative process is getting all possible options. In this case, the pointer p moves to the left to the element that follows before the first, that is, to the zero element.

Figure 2 shows different variants (states) of the array M based on the pointer p for N=5. In the array M you can distinguish the following states:

Figure 2. Array M and its states during the formation of placement using the pointer p: 1) the initial state; 2) intermediate state; 3) the desired placement; 4) condition for the end of the iterative process

Start the Microsoft Visual Studio system (any version) and save the project. A detailed example of creating a project using a Windows Forms Application template can be viewed here.

The project name can be set arbitrary, for example, PlacementNQueens. As a result, an empty project form will be created.

2.2. Designing a Form of application

2.2.1. Placement of controls on the form

From the ToolBox panel, place the following controls on the form:

Figure 3 shows the application form after placing the controls.

Figure 3. The form of application after placing controls

At this stage, you need to configure the following properties of controls: 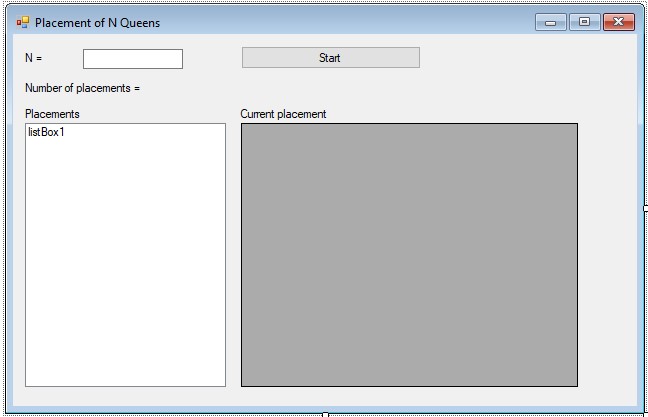 Figure 4. The form of application after configuring

At the moment, the text of the form module is as follows:

An internal hidden variable N is entered in the class text, which determines the number of queens to be placed and the size of the board.

After entering N, the class of Form1 form is as follows:

3.3. The IsStrike() method. The check whether two queens are beating at different coordinates.

The IsStrike() method is introduced into the text of the Form1 class. The method checks whether two queens are “beating” with different coordinates. The method gets 4 integer parameters:

The method returns true if two queens “beat” each other. The method checks both horizontally and vertically.

The method code in the Form1 class is as follows

The method receives as input parameters an array M and a pointer p (see sections 1.2-1.3). The array M contains information about:

The method checks whether the queen beats with coordinates that correspond to the position p, with queens that are placed in positions 1, 2, …, p-1.

The method code in the Form1 class is as follows:

3.5. Methods to display the placement of queens in dataGridView1

3.5.1. InitDataGridView() method. Initialization and customization of the dataGridView1 control

The dataGridView1 control is used to display the location recorded in listBox1. The InitDataGridView() method implements the initial initialization of dataGridView1 programmatically. The method takes the input parameter value N.

3.5.2. Display a string from listBox1 in dataGridView1. ShowDataGridView() method

The listBox1 control displays rows that contain variants of the resulting placements. Strings are formed in their own format. The selected row in listBox1 is displayed in dataGridView1 as a matrix (chessboard).

The ShowDataGridView() method is designed to process the selected row in listBox1 and visualize the coordinates of the queens represented in this row. The queens coordinates formed as a string are visualized in dataGridView1.

The method receives as input parameters:

3.6. Methods of work with listBox1

An example of string s of type string for N=5 and the array M shown in Figure 1:

The program code of the AddToListBox() method in the text of Form1 is as follows:

3.6.2. Programming the Click and KeyUp event handlers of the listBox1 control

In the listBox1 control, a list of strings is formed that correspond to the received placements of N queens on the board of N×N size. In the program, you need to provide a visualization in the dataGridView1 of the row selected in the listBox1. In order for the user to conveniently review the received placements in the dataGridView1, you need to program the Click and KeyUp event handlers of the listBox1 control.

This topic does not cover the detailed process of programming the Click and KeyUp event handlers, since it is implemented in the standard way. A more detailed example of how an event handler is programmed in Microsoft Visual Studio is described in the topic:

The program code of the event handlers Click and KeyUp for the listBox1 control is as follows:

3.7. Programming the Click event on the Start button. Algorithm of searching of elements placements

When you press the Start key, the user must obtain a list of placements of N queens. All this is done in the Click event handler, which is called when the Start button is clicked.

The event handler implements an algorithm, which is described in Section 1.3.

The program code of event handler is as follows:

The program has an internal variable N (the number of queens and the size of the board).

The program (in Form1 class) implements the following methods:

The result of the program is shown in Figure 5. You can set different values of N. If the value of N is set large enough (N>13), then you will have to wait a little for a solution :). 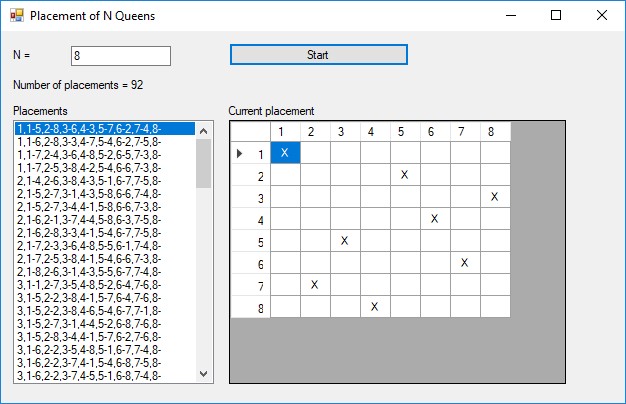 Figure 5. The result of the program for the number of queens N=8. The number of placement options is 92