In this topic, you can explore the process of inheriting a form from a base form. This topic is based on the material of the previous topic:

The inherited form receives the capabilities of the base form and extends (supplements) them with its own features (methods, properties, etc.).

At the beginning of work, you need to create a pentagonal form or some other form if you want to inherit this particular form. An example of designing a pentagonal form in Microsoft Visual Studio 2019 is shown here.

In our case, after completing the project of the previous task, the base will be a pentagonal form. 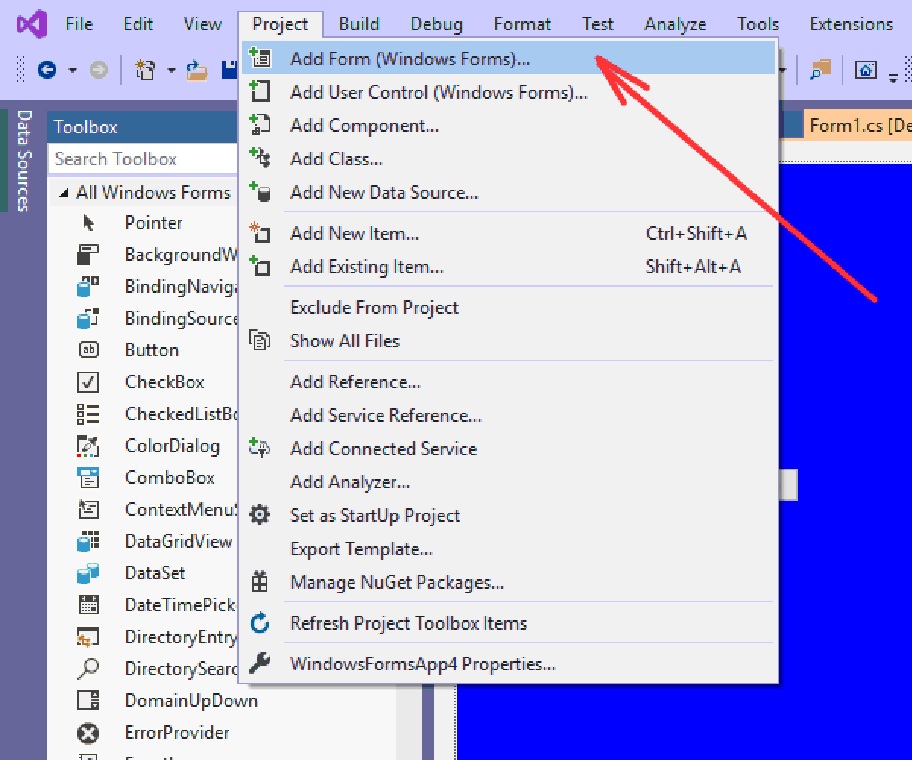 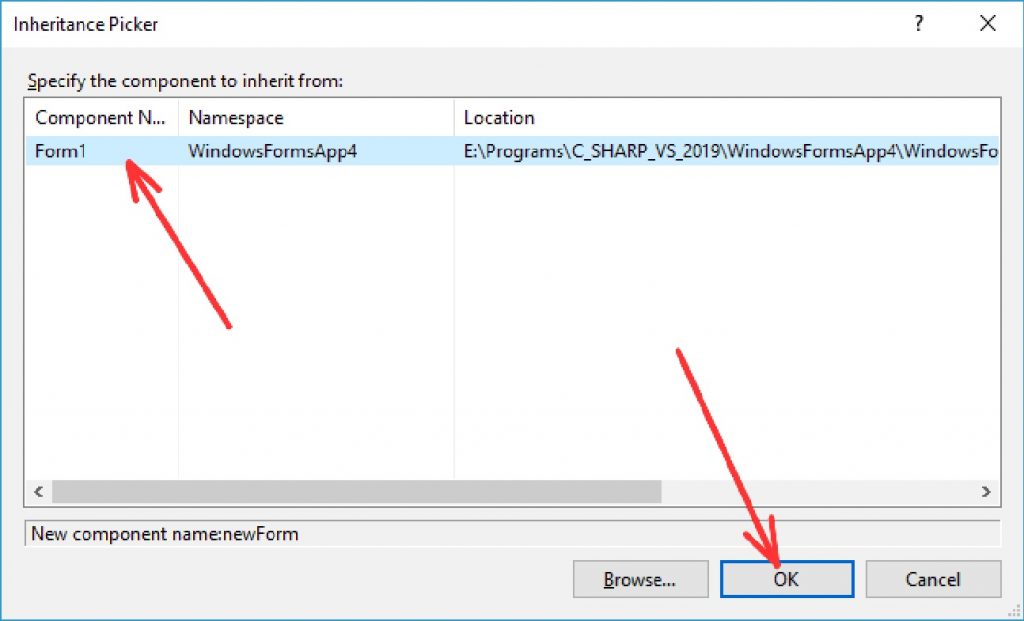 Figure 3. Setting up the basic form

After completing the previous step, Visual Studio will generate the program code for the new form. The new form has the name (Name) newForm and is described in the newForm.cs and newFormDesigner.cs files.

The form code in the newForm.cs file inherits the base form code Form1:

After switching to the new form design mode, you will notice that it has a pentagonal form, like the previous one.

In the new form, you need to set the following properties:

If you now run the project for execution, you will notice that the program is launched from the form Form1 – the base form. To set the newForm as the start form, the base form start line is required

replace with the following line

in the Main() function (file Program.cs).

After the project is launched, the inherited form newForm will be launched.