When writing large programs or when the size of the program increases, the need for a correct (correct) partitioning of the program into structurally independent parts becomes more and more.

The purpose of this structuring is:

To provide structuring in the Python language, so-called modules are used. A module is a program unit that contains program code and data and is designed to organize interaction between structurally independent (structurally unique) parts of the program. Each module has a corresponding program file. Conversely, each file is a separate module.

Components implemented in a module are called attributes. Components are names of variables associated with functions, objects, classes, etc.

There is also the concept of importing a module. Importing a module is connecting a module using special instructions in order to gain access to the software (tools) of this module. After import, the module attributes become available for use.

2. The need to use modules

The use of modules is important for the following reasons:

3. Organization of applications in Python. The main file of the program in modular construction. Secondary files

As a rule, any modern Python program is built in such a way that it uses or consists of several files, also called modules. If an application is built so that it contains several modules, then this program has one main file. This file launches the entire program. This file usually includes other modules of the entire program. The main file defines the progress of the main thread. In turn, connected modules can use the tools of other modules to work.

Other or non-essential program files can also be executed if they are active in the Python editor window. If these files contain libraries of functions, then this property can be used to test these functions in the same module. After testing, it is important to remember to remove this code, since the execution code of each module is also executed when the code of the main module is started.

4. An example of organizing a program consisting of three files. Figure

Figure 1 shows an example of organizing a program consisting of three files: 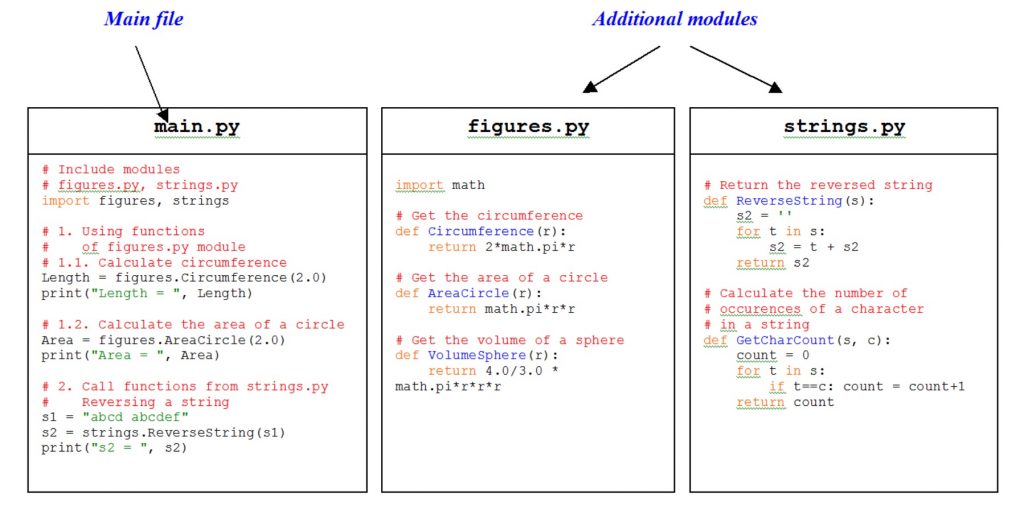 Figure 1. Scheme of connecting additional modules and their use

After that, you can access module functions using the syntax

In turn, in the figures.py module, the files of the math standard library are connected

which contains mathematical functions and constants. The figures.py module uses a constant

The architecture of the program shown in Figure 1 can be represented as follows (Figure 2).

In classic Python, a module is created by calling the standard command to create a *.py file. One possible call is:

or the key combination Ctrl+N as shown in Figure 3. 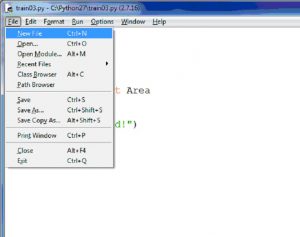 As a result, a file named Untitled.py will be created, which should later be saved to permanent media (hard drive or other media) with a simultaneous indication of its name. This name will identify the module in other modules that will use it.

In various programming systems that support the Python language, the sequence of commands for creating a module is the same or similar.

Connecting a module (file with *.py extension) is done using the following instructions:

All three methods are discussed in more detail below.

After connecting with the import directive, accessing an element from this module looks something like this

When splitting a program into modules, it is recommended to create module files in the default home directory. However, if you need to use module files from different directories and different media, then for this you need to enter the necessary directories in the PYTHONPATH variable. Setting the PYTHONPATH variable is out of the scope of this topic.

Suppose two modules have been created in the Python editor, named module01.py and module02.py. These modules are located in the same folder (directory).

The module02.py module implements a function for determining the characteristics of known geometric figures:

The text of the module02.py module

To use these functions in the module01.py module, you need to include module02.py using the statement

The demo text of the module01.py module is as follows

After running the module01.py module, the program will display the following result

In Python, it is possible to gain simplified access to the elements of a module using the from-import statement. In general, the use of this instruction is as follows:

After such a connection, you can access the ItemName element without specifying the ModuleName and the ‘ . ‘ (dot).

To get shorthand access to the sin() function from the math library, you need to use the following instruction

After that, you can call the sin() function without specifying the name of the math module

The from statement has the special form from*. This form allows you to copy module names to the current module so that the module name does not need to be used when referring to its component. This reduces keyboard input and improves the readability of the program.

The example imports names from the random module. This module contains functions for generating random numbers. For demonstration purposes, the randrange() function is called, which generates an integer in the given range. Based on the randrange() call, a list of 10 integers is formed.