To create a new project in the Kotlin language, a separate window is called (Figure 1) in one of the cases: 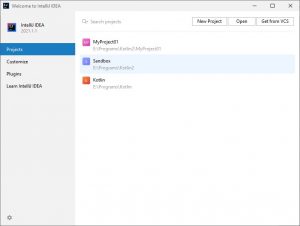 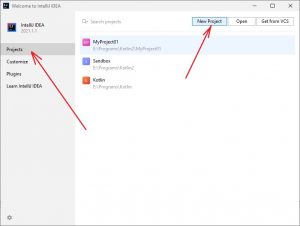 Figure 2. The New Project command from the Projects menu

After choosing the command for creating a new project (New Project), a window opens in which you need to specify the platform on the basis of which the new project will be built.

Figure 3 shows the choice of the Kotlin language and the Application template, which allows you to create Backend applications with Kotlin/JVM. According to the task, you can choose another project template (for example, for mobile applications, etc.).

It is also possible to choose: 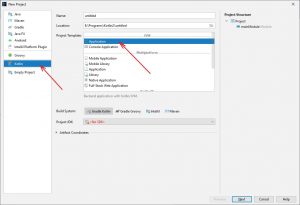 Figure 3. Choosing the type of application in the Kotlin language. The Application template is selected

After selecting the Next button, the system will go to the next window.

At this stage, the following project options are specified (Figure 4): 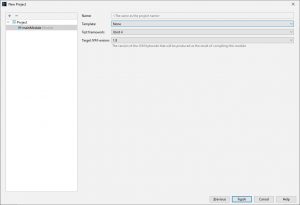 In our case, you can change the template to Console Application as shown in Figure 5. This template is handy for learning the basics of the Kotlin language. You can confirm the required options by clicking the Finish button. 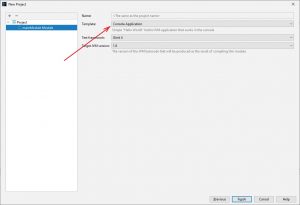 After clicking the Finish button, a new console application will be created and the system will complete the process of creating a new application.

At this point, the Console Application has been created and the program window looks something like the one shown in Figure 6. It is important to find the module (file) main.kt here. It is assumed that files in the Kotlin language have the *.kt extension. The main.kt module contains the main function of the program – main(), which is the entry point into the program. The program can contain any number of modules (files). 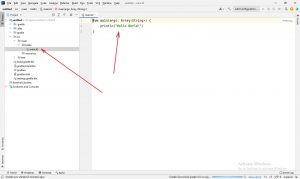 By default, the system offers a program code that displays the classic “Hello world!”

6. Start a project for execution

The created project is launched in one of the following ways: 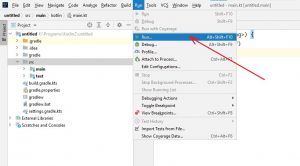 Figure 7. The command to start the project for execution

If the program is started for the first time, the next window will open as shown in Figure 8. A module with the main() function is set here. In our case, this is the main.kt module. 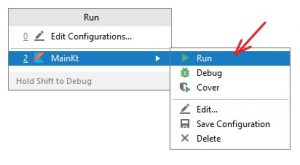 Figure 8. The window for specifying the module that you want to run

The result of the program execution is displayed in the lower part as shown in Figure 9. Now you can change the program code, solve different tasks. Further execution of the program will be more simplified and accessible. In Figure 9, arrows show how to run our program. 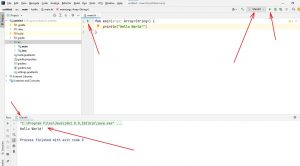 Figure 9. The IntelliJ IDEA window after launching a project for execution